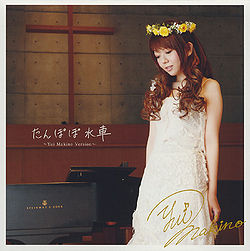 "Tanpopo Suisha ~Yui Makino Version~" is a special single released by Makino Yui. The title track is Makino Yui's version of Sketchbook ~full color's~'s second ending theme performed by Hanazawa Kana, Nakase Asuka and Makino. This single is a exclusive release for Animate Gamers online store. It was re-released nationally in 2010 as a regular single on a same day as "Fuwa Fuwa♪". Because the original release had limited distribution, it was not counted on the Oricon charts. The reissue did not chart.