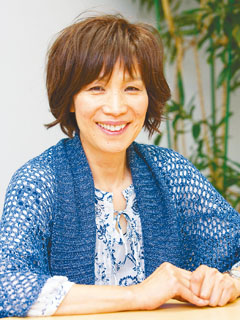 Yamamoto Junko got her start in the music business world in 1969 when she joined the folk song Akai Tori. With the help of Yamamoto, the group won the grand prix for the 3rd Annual Yamaha Light Music Contest with second place going to another upcoming group OFF COURSE. Akai Tori made a major debut a year after on the record label Columbia Records.

In 1973, Yamamoto married bandmate Yamamoto Toshihiko. A year after, Akai Tori disbanded and Yamamoto would later joined the group Hi-Fi Set with her husband and another bandmate. They made their major debut a year later with their first single. The group's popularity skyrocketed in 1977 with the released of the single "Feeling FEELINGS" and help Yamamoto attend her first Kouhaku Uta Gassen.

In 1993, Yamamoto participated in the charity group USED TO BE A CHILD. A year later, in 1994, Hi-Fi Set disbanded and she released her first solo album, entitled JUNKO YAMAMOTO. She also participated as a chorus member for the Oda Kazumasa concert tour "FUN MORE TIME".

In 2000, she formed two short-term music units, Songs for Memories, which disbanded in 2009, and nanan. A year after, she formed another short-time unit, V3, with Moriyama Ryoko and Shiratori Emiko. Two years later, she formed the chorus group April.