From generasia
(Redirected from Yamamoto Yusuke)
Jump to: navigation, search 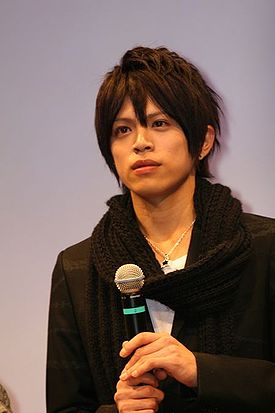 Yamamoto Yusuke (山本裕典) is a Japanese actor best known for his role in the tokusatsu series Kamen Rider Kabuto.

Yamamoto Yusuke's debut came in 2005 when he won the Grand Prix and Photogenic awards in JU-NON's Super Boy Contest. The following year, Yamamoto made his official acting debut in Kamen Rider Kabuto as Kamen Rider Sasword (Kamishiro Tsurugi). From there he continued to pick up minor roles in renzoku dramas, and his role in Hanazakari no Kimitachi e as Kayashima Taiki, a student who has the ability to see the aura around others, brought him popularity outside of his Kamen Rider Kabuto fanbase.

He is currently co-starring in the spring 2010 drama Tumbling.