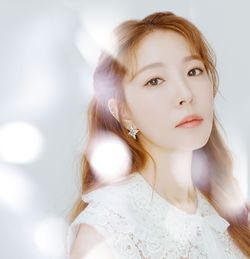 BoA (보아) is a Korean pop singer under SM Entertainment. Her stage name made a backronym which is Beat of Angel. She made her Korean debut in 2000 with the album ID; Peace B and was soon marketed as a "world" artist debuting in Japan. Her first Japanese pop album LISTEN TO MY HEART reached #1 on the Oricon charts and she became the first Korean artist to rank in Oricon's top twenty. BoA has since gone on to have multiple chart-topping releases in both Korea and Japan. BoA has also learned English; in 2009 she released her debut English-language album, BoA, in the United States. Because of her huge success and achievements through-out Asia, she became the no. 1 female artist in Asia often referred to as the "Queen of K-pop," and one of the leading role models of new acts today.

Since her debut in August 2000, BoA has released nineteen studio albums, including nine in Korean, nine in Japanese, and one in English. BoA has approximately sold more than 10,000,000 copies in both Japan and Korea. She is the only foreign artist to have three albums sell more than one million copies in Japan and is one of only three artists to have six consecutive number-one studio albums on the Oricon charts since her debut, the others being Hamasaki Ayumi and Utada Hikaru.

On television, she appeared as a judge on the reality competition show KPOP STAR from 2011 to 2013, as an actress on the television drama Ibeon Ju, Anaega Barameul Pimnida, as a host for the second season of Produce 101, and as a coach for the third season of The Voice of Korea.

Her 41st Japanese single "I believe" is released this week on November 4th.