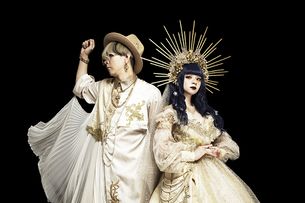 The duo first collaborated on the song "Color", which was used as the opening theme to the 2010 anime television series Freezing. The name of their unit came from the French phrase "Le Palais Garnier de Maria" (Maria's Opera), and the asteroid Cordelia, which was discovered in 1978, the year of toku's birth.

In 2014, they made their debut under the major record label DefSTAR Records with the single "ambiguous", which was released on March 5, 2014, whose title track is used as the second opening theme to the 2013 anime television series Kill la Kill. Later that year, MARiA collaborated with vocaloid producer Jin and performed the song "Daze", which is used as the opening theme to the 2014 anime television series Mekakucity Actors.

Their fourth studio album, Kishikaisei, is released this week on November 25th.