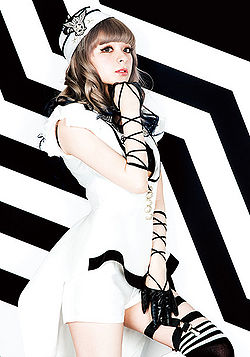 MARiA (メイリア; pronounced Meiria), is an internet-born singer-songwriter who performs with several musicians, such as Jin (vocaloid producer), as a guest vocal. She is also the vocalist for the Japanese pop duo GARNiDELiA. She known for her strong, mature, and clear yet slightly husky voice.

MARiA first started singing professionally at the age of 13. She became a professional singer in 2005 as the youngest member of the group Harajuku BJ Girls. They released several albums before disbanding in 2010 to allow members to pursue solo careers.

She was then signed under Newcome Inc. (a subsidiary of Sony Music Japan) as solo artist Mizuhashi Mai. She has sung many opening and ending themes to various anime series, including the fourth ending of Pokémon: Diamond and Pearl, "Kaze no Message". The first theme she performed as MARiA, however, was the opening theme "COLOR" of the anime Freezing, originally composed by TokuP. As a member of GARNiDELiA and as a featured vocalist, she has also sung the opening themes for the anime series Kill la Kill and Mekakucity Actors.

Her debut cover was her cover of TokuP's "ARiA". It remains her most popular solo cover to date, and her first video as a dancer, entitled "Girls", reached 650,000 views. 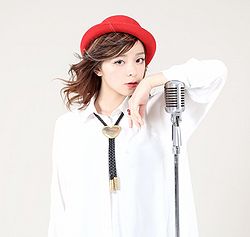 Note: All releases are under MARiA unless otherwise stated.