Difference between revisions of "Komatsu Nao" 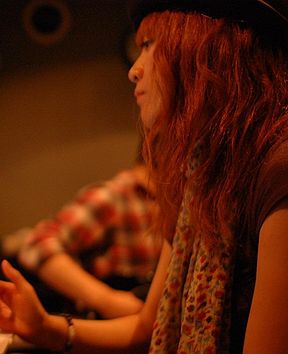 Komatsu Nao (小松奈央) is a Japanese pop/rock singer. She is the vocalist of the band UNCOVER and former member of the girl group BeForU. She made her debut in the Bemani line of music simulation video games from Konami, including Dance Dance Revolution, as a first generation member of BeForU. In 2007, she left the group to pursue her solo career. She started her own solo career in 2009 with the single "Ashita e ~Get ready for tomorrow~".