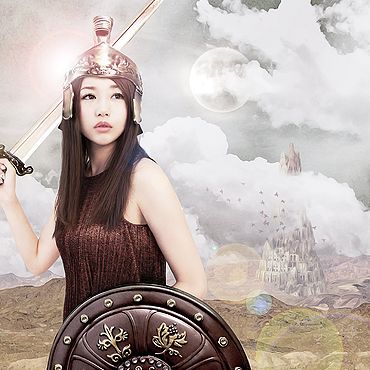 SAWA is a Japanese electro-pop singer from a suburb outside Tokyo. She is currently signed under KING RECORDS. She was a part of the NEWCOME entertainment offices, part of Sony Music Artists Inc. (SMA), and was also signed to the Sony Music Entertainment sub-label EPIC Records.

SAWA lived in the suburbs, about one hour from Tokyo. Her mother had her pick up the violin at the tender age of four, and by her tenth birthday she had taken up learning the piano of her own accord.

SAWA first appeared in 2003 as a member of the group Jack Knife under Stardust Management. The group performed cover routines live and disbanded in April 2004 without releasing any material. Later, influenced by favorite artists such as m-flo, Jazztronik and FreeTEMPO, she began writing and performing music based on club music. At the same time, she proceeded to college to make her childhood dream come true: to become a teacher. She acquired the license for a high school English teacher, and taught at a local high school, although only for three months.

SAWA seized a chance in 2006 to participate in a club event in Yokohama that she thought was an audition (which wasn't one). Her transparent yet characteristic, miraculous voice, as well as her fresh and cute presence that had never been seen in past club singers caught the attention of many music producers. During this time, SAWA began working with Front Men Entertainment under the name SK-V. Through the partnership this name changed from SK-V to SK5 and finally to KOUCHI. Titles thought to have been recorded under this label are: "Sakamichi", "Merry-Go-Round", "talking", "happiness", and "In The Music".

On May 1st, 2008 she participated as the vocalist in "Discovery", produced by Yukihiro Fukutomi. The song was used as the opening theme song of PSP game Nippon no Asoko de. One month later, on June 18th, she made her indies debut with COLORS, a mini-album produced by Hanzawa Takeshi (FreeTEMPO). It debuted at #8 on the Japanese iTunes store's albums chart. It stayed in the top 3 for three weeks afterwards.

Within the next two years, SAWA released another mini-album entitled TIME&SPACE and made her major label debut through Sony Music Entertainment's sub-label EPIC Records with the mini-album I Can Fly on July 22nd. Her second mini-album of 2009 titled Swimming Dancing was released on November 25th. I Can Fly had commercial tie-ins to the MBS TV fashion program DRESS as well as a summer commercial for Honda.

Ai ni Iku yo, SAWA's fifth mini-album, came out on April 7th, 2010. This release saw her working with producers Hisashi Nawata, Jazzin'park, Ookubo Jun'ya (ANA) and RAM RIDER. Her debut full-length album Welcome to Sa-World dropped on July 7th that year and featured seven songs produced by SAWA herself, indicating her interest in becoming a musician.

In 2012, SAWA's first release in nearly two years, a digital single entitled "Good day Sunshine" which was released on May 16th, 2012. The song was fully produced by SAWA, and later appeared in the tracklist of her sixth mini-album Soprano Rain which marked her move to KING RECORDS.

2013 saw the beginnings of SAWA's emergence as a creator for other talents as she composed and wrote the A-side of idol group Especia's single "Midnight Confusion". She additionally posted two covers on her official YouTube channel, one of AKB48's "Koisuru Fortune Cookie" and the other of western boy band One Direction's "Live While We're Young", indicating that she was not finished with her singing career despite being more active as a producer and arranging various live club events.

In July 2014, SAWA announced her first release after an almost two-year break once again. RingaRinga is set to release on September 24th and features a self-cover of "Midnight Confusion" along with seven other tracks. 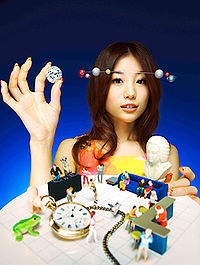 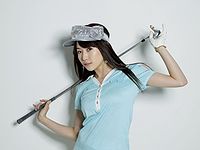 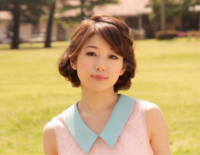 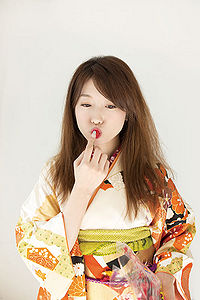