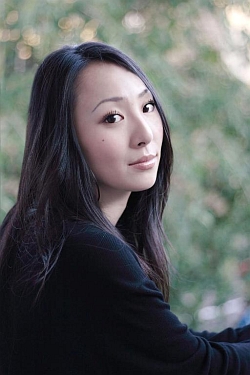 mink is a Japanese pop solo artist under avex trax. mink, which stands for "Made in Korea", was born in South Korea but moved to Japan to study in her teens. She's one of the first female artists (along with Koda Kumi and Utada Hikaru) that have successfully landed a single in the US. On August 3rd, 2005, made a stunning debut with the prologue album mink. mink released her debut single, beautiful / One Suitcase, soon after, doing her first major tie in. The song, beautiful, was used as the insert song for the film "INITIAL D THE MOVIE". In 2008, it is relased her first best-of album entitled BEST OF MY LOVE. 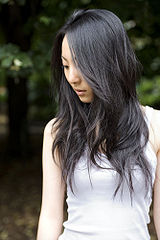 mink was picked up by avex trax after sending a demo tape. It was voice of mink covering her favorite artists such as Norah Jones' "Don't know why,” Mariah Carey, Whitney Houston, and Natsukawa Rimi's Nada Sou Sou. She dramatically sang those legendary hit tunes as overwhelming as the original artists. mink does not just try to imitate the international vocalists, it's an exquisite fusion of an Asian voice with the skill of first-class rated international divas.

On August 3rd, 2005, made a stunning debut with the prologue album mink. mink released her debut single, beautiful / One Suitcase, soon after, doing her first major tie in. The song, beautiful, was used as the insert song for the film "INITIAL D THE MOVIE". Despite her favorite artists being western, she tries to maintain an eastern flavor in all of her vocals. However, her appreciation of western music has lead her to do several covers and create English versions of some of her songs, usually with excellent pronunciation. In April of 2006, her international single Glory of Life topped the U.S. Billboard Hot Dance Club Play Chart. She has since said that she will continue to pursue an international career.

During October of the same year, mink did a show in a runway called Fall 2005 Paris collection by Sadaharu Hoshino. mink's voice and talent completely captivated the media. Her second album entitled e+motion came out quickly afterwards, on the 7th of December 2005, reaching #23 on Oricon charts. 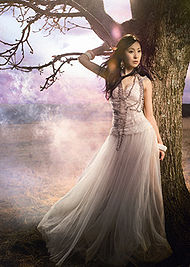 In 2006, mink REMIX was released under Rhythm REPUBLIC's records. It was an analog containing some remixes of her previous works. In the same year, mink wanted to conquer America, and in April 2006, released a single called Glory of Life which appeared in the American charts. The single was produced by Rhythm Zone King Street Records and remixed by Chris Cox, John Creamer as well as Stephane K. It gained instant success and would reach first on the U.S Billboard Hot Dance Club Play chart. She also released her second single in Japan entitled 4 Love. At first, it was supposed to come out in the US, but for various reasons the project was cancelled. Like Koda Kumi and Utada Hikaru, mink was also one of the few Asian artists that had a single in the US as well.

The singer was often requested to appear OSTs for movies. One of the tracks of 4 Love single called Eternal Love was used as the theme song for the film "Chiisaki Yuusha Tachi ~GAMERA~". The single reached #20 on Oricon and charted for seven weeks. Following the same idea, for the OST of a 3D anime called "Joe and Marylin", mink landed Here By My Side (Original Version) in December. This song would be included in the compilation Amazing Nuts! which has songs from well known artists such as Koda Kumi, DOPING PANDA and RAM RIDER. Another single, Hold on to a dream, came out the 23rd of August 2006, which was used as the Bourbon's "ALFOOT" CM song. 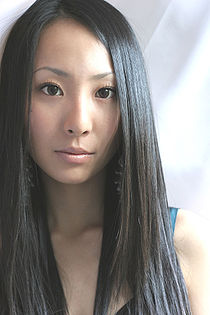 To begin the year of 2007, mink released her fourth single, Innocent Blue ~Chi Hate Umi Tsukiru Made~, which appeared in the "Aoki Ookami" movie soundtrack. One month later, Shalom, her third Japanese album, came out, reaching #12 on Oricon charts.

In the same year, mink released a set of singles that represented the seasons. On the 8th of August 2007, her single Together again was the first of the four seasons singles representing 'Summer'. It would also be used for the "Vexile 2077 Nippon Sakoku" anime movie. Two months later, the second "season" single came out entitled Sense featuring a romantic theme. The main track “Sense” was written by mink and music provided by Komorita Minoru, known for making music for many artists such as Shimatani Hitomi, BoA, Kato Miliyah and many more. The fourth track is Amazing grace, the well-known John Newton song, which was sung live from her “summer live 2007 “Shalom” performance and a song that people can watch her perform live amazingly on the “a-nation 2007 BEST HIT LIVE” DVD.

In 2008, mink relases her first mini-album, mink II ~Endless Love~. For the first time, you can actually see her face on the cover. Usually, even if you could see her in her videos, the singer used animal pictures or landslides to illustrate her albums. On December 10th, 2008 her best-of album was released, called BEST OF MY LOVE.