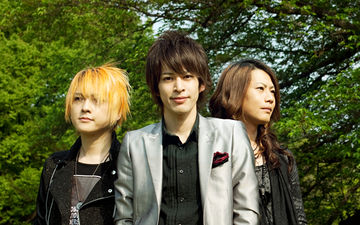 Before KOJI and Jun asked Shouta to join the band, in 2005 they had asked Kaya (ex-Schwarz Stein) to be ALvino's vocalist. Kaya didn't join the group because of musical differences.[1]

The name "ALvino" is a term coined by the members, and stands for ALchemy (AL) vision (vi) normal (no). Thus the band is also known as ALvino ~ALchemy vision normal~.