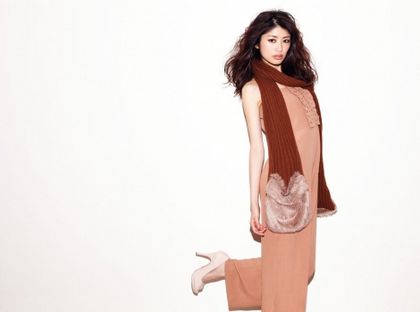 AYUSE KOZUE is a Japanese pop and R&B singer-songwriter under Atlas Music record label. She debuted as a solo artist in 2006 with the single "boyfriend", under TOY'S FACTORY, and has since been releasing her own "Rhythm & Beauty" style of R&B music. 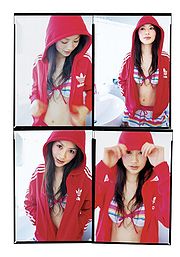 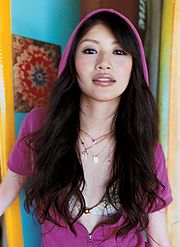 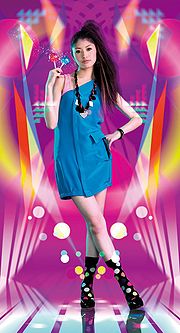 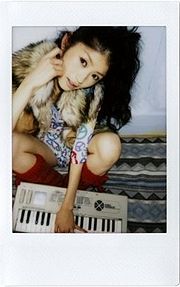 Beginning from at least junior high school, Ayuse Kozue had aimed to become a singer and joined her school's dance team, hoping to fulfill that dream. She was part of the dance group Selfish ART and starred in two DVDs. During high school, Ayuse began studying desktop music (MIDIs, etc) through a music course and bought her first computer. After hearing one of her pieces, Towa Tei signed on as her creative director. In February 2006, Ayuse released her first analog, the single "boyfriend". It hit the top of CISCO's House chart for three weeks, and in April the single was released to iTunes. She was also featured as their Free Download for the first week in April. Around two weeks later, the single was released in CD format. She continued to release music in the following months with all lyrics, composition, and arrangement based on a producer she had met.

Ayuse calls her genre of R&B "Rhythm & Beauty". She is still in university. Ayuse was also a VJ for MTV Japan from July to September of 2006. She also has her own podcast on iTunes.

Even though most of her releases haven't faired well on the Oricon charts, her debut studio album A♥K managed to peak at #15 on the Daily charts due to heavy promotion. After the album, she released another single called "When I Wish Upon A Star", a more mature ballad, however did not chart well.

2008 begain with AYUSE releasing a new single called, "ONE". Like her previous single, it's a slower, almost ballad styled song. The single reached the #59 on the Oricon and charted for three weeks, becoming her best selling single since the debut. On April 23rd 2008, Ayuse came back with a new upbeat single entitled, "Koyoi Kimi ni Koi wo Shite". The single was produced and composed by rapper WISE. The single did not chart as well as her previous, but stayed at the charts for three weeks too. Ayuse also collaborated with SEAMO for the single "Honey Honey", which was later placed on his Stock Delivery album. The year ended with a digital release entitled "jingle bell love", a Christmas song. It reached the #67 on the iTunes Jpop songs chart.

Since the start of 2009, Ayuse hasn't been as active like the previous years of releasing music. March saw the release of the "Apple pie" single, which did not chart due to it being a limited edition release.

She has collaborated with Aira Mitsuki and is featured on a song on Aira's new album PLASTIC.