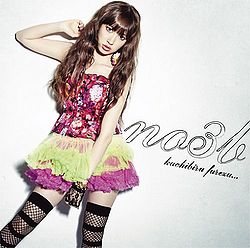 "Asatte, Jamaica" is a song recorded by no3b, sung by Kojima Haruna. It was used as the theme song for the KDDI au LISMO dorama Zoku Kotodama no Onnatachi. It appears on the limited A edition of the single "Kuchibiru Furezu..." as track #3.

There are currently two recorded versions of "Asatte, Jamaica" found in no3b's discography. These versions are: