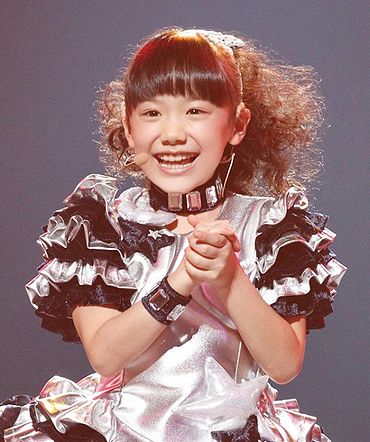 Ashida Mana (芦田 愛菜) is a Japanese child actress, model, and singer under Universal Music. Mana rose to fame after her award winning performance in the drama Mother.

Ashida Mana made her debut appearance in Asahi Broadcasting Corporation's short movie Daibokenmama in 2009 and made her first film debut when she starred in the film adaptation of the manga Hanbun no Tsuki ga Noboru Sora in 2010. For her role in the film Ghost Mou Ichido Dakishimetai, she became one of the winners of the "Rookie of the Year" Award at the 34th Japan Academy Awards. In addition to acting, Ashida Mana also did voice-over roles for foreign films released in Japan. She voiced Agnes in the Japanese version of the film Despicable Me, and was also the voice of the young Fang Deng in the Japanese release of the Chinese film Aftershock.

Ashida Mana rose to popularity after she starred in the award-winning television drama Mother. She won awards such as the "Best Supporting Actress" at the 14th Nikkan Sports Drama Grand Prix and the "Special Award" at the 4th Tokyo Drama Awards for her role in this television drama. She later became the youngest lead actress in a Japanese television drama at the age of 6 in the special television movie Sayonara Bokutachi no Youchien in 2011. Ashida Mana made her singing debut with Suzuki Fuku, in the television drama Marumo no Okite. They sang the theme song of the drama and released the single "Maru Maru Mori Mori!" in the short time group Kaoru to Tomoki, Tama ni Mukku. The popularity of the song made them the duo the youngest group in history to achieve a top 10 position on the Oricon charts.

On the 2nd of August 2011, Ashida Mana co-hosted the NTV variety and talk show Meringue no Kimochi which made her the youngest regular host of a talk or variety show. Ashida Mana made her solo debut with Universal Music with her first single "Suteki na Nichiyoubi (Gyu Gyu Good Day)" in October 2011, and then her first mini album Happy Smile! in November. She is currently one of the highest paid child actors in Japan. 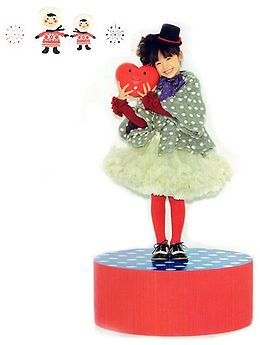 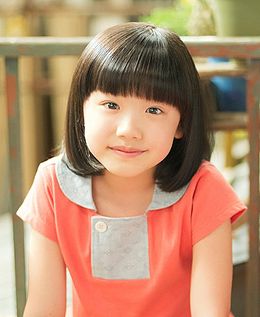