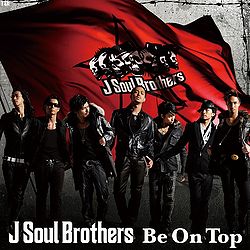 "Be On Top" is the third indies single released by Nidaime J Soul Brothers. The title track was used as theme song for the Japanese broadcast of the third season of the series Prison Break. The single was released in a CD+DVD format, and only sold through EXILE mobile.