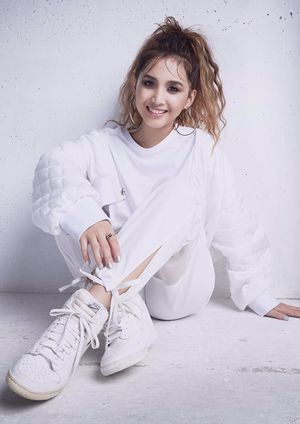 Beverly (ビバリー) is a Filipina Japanese pop singer under the avex trax label. 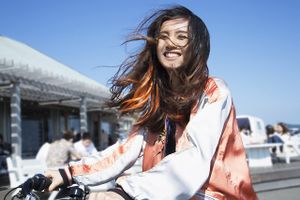 Beverly began chasing after her dreams by joining various amateur singing competitions. She won first place at the World Championships of Performing Arts, where she recorded songs under GMA Records and worked with composer Vehnee Saturno. Beverly received a Best Performance nomination from Awit Awards and won the Harvest of Honors award from the National Commission for Culture and the Arts and the Best Performance award from the A Song of Praise Music Festival Year 3.

Beverly had always loved Japanese music, having watched a lot of anime and Japanese dramas while in the Philippines. She has always wanted to travel to Japan, and when Saturno asked his business partner in Japan to give Beverly's songs a listen, they eventually came to audition her, and she got to do just that. With Beverly finally in Japan in 2015, she attended singing and dancing workshops and signed with avex trax in 2016. At the annual A-Nation event, she was appointed as the "Shooting Act," the name to look out for for an up-and-coming artist. The reaction she received was very positive, which lead to her being included in the Disney Magical Pop Christmas album. She also front-acted Ariana Grande's Dangerous Woman Tour in 2017.

Beverly's big break came when her song "I Need Your Love" was used in the Fuji TV drama CRISIS starring Oguri Shun and Nishijima Hidetoshi. The music video garnered more than five million views and topped download platforms like iTunes and Recochoku in Japan.

Beverly released her debut album AWESOME on May 31, 2017. It peaked at #8 on the Oricon weekly albums chart, and is her highest ranking release to date.