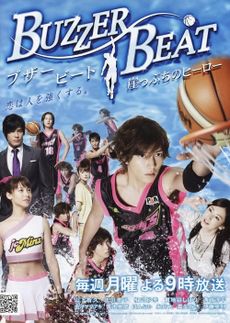 Buzzer Beat (ブザー・ビート) also known as Buzzer Beat ~Gakepucchi no Hero~ (ブザー・ビート〜崖っぷちのヒーロー〜) is a Fuji TV TV dorama main-casting Yamashita Tomohisa. It aired from July 13th to September 21st, 2009 and had an average viewership rating of 14.4%

Kamiya Naoki is a young player from a professional basketball team. But due to his relatively smaller size and his tendency to crack under pressure, he is unable to show his true skills on the court. Meanwhile, Shirakawa Riko is a cheerful, strong-spirited music college graduate aiming to become a professional violinist. One day, Riko finds Naoki's lost cell phone on a bus, and their meeting begins a friendship that eventually turns into love. However, Naoki was already considering marriage with his current girlfriend. And it doesn't help matters that Naoki's coach has fallen in love at first sight with Riko! 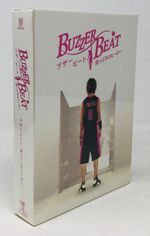