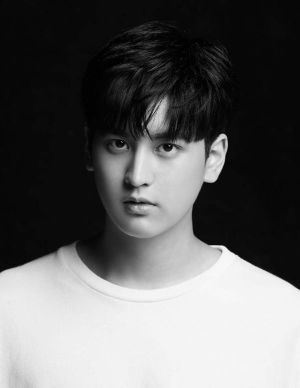 Chan (찬) is a South Korean singer, model and actor under YG Entertainment. He is a member of the Korean pop boy group iKON. He made his debut in September 2005 as child model under the name Jung Chan Woo. In 2006, he starred in TVXQ's "Balloons" music video as Max's younger counterpart. He then made his television acting debut in The Great King Sejong in 2008. Chanwoo has also starred as the younger versions of Lee Min Ho's character twice in Boys Over Flowers and in the The Heirs. He was a Fantagio Entertainment trainee and actor from 2010 until the first quarter of 2014.