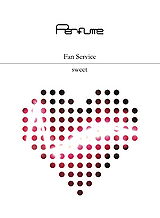 "Chocolate Disco" is a song released by Perfume and included on their single "Fan Service [sweet]" as track #1.

It was also included on their first album GAME as track #5. A remix also appeared on their second best album Perfume Global Compilation "LOVE THE WORLD" as track #5.