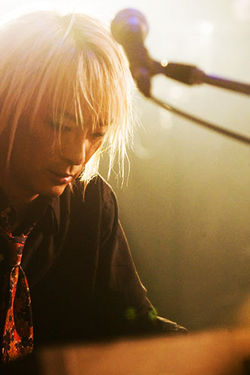 D.I.E debuted as a supporting guest artist, playing the keyboard for such popular bands as ZI:KILL, DER ZIBET, GLAY and X JAPAN which is how he met hide.

He was also in a band called LOOPUS and was the support keyboardist of Aikawa Nanase, Hisamatsu Fumina, Hajime Okano, Ritsu Saito and Sintiro Mizwe.