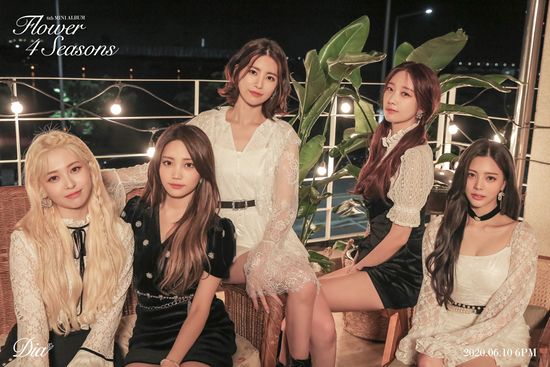 DIA (다이아) is a Korean pop girl group formed by MBK Entertainment that debuted in September 2015 as a seven member group. Their name is short for "Diamond" and is also an anogram for "Do It Amazing". They have been dubbed "little sister group T-ara", since both groups belong to MBK Entertainment. 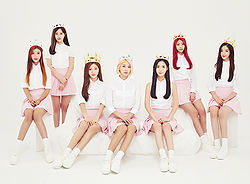 In February 2015, MBK Entertainment announced its plans to debut a new girl group. Originally, the company had decided to have possible candidates for their new group compete on a reality survival program, through which the public could become familiar with the group members. MBK Entertainment revealed the first potential members to be Cathy, Eunjin, Seunghee, and Dani. Seunghee originally made her debut as member of F-VE DOLLS in 2013, however she left two years later when the group disbanded. The next three members to be added were Kim Minhyun, Moon Seulgi and Chaeyeon. However, Dani, Seulgi, and Minhyun later on dropped out of the project. Eunice was briefly a member of the group Jewelry, but never officially debuted with them before their disbandment in early 2015. Ultimately, by June MBK Entertainment had changed their plans, and decided to cancel the reality survival show and choose the members of the group themselves. DIA's members were formally introduced to be Seunghee, Eunice, Cathy, Jenny, Yebin, Eunjin and Chaeyeon.

On September 14, 2015, DIA released their self-titled debut album, Do It Amazing. On the same day, the music video for their lead single, "Waenji (Somehow)", was released. Their first official public appearance was also on September 14; the group performed a showcase at the Ilchi Art Hall in Seoul. They made their official debut stage on the music program M! Countdown on September 17, 2015.

On October 19, DIA released the music video for "Nae Chinguui Namjachingu", another song from their debut album, and they continued their promotions for this new song on music stages. 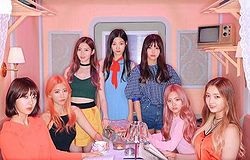 DIA was together for a short time period when Cathy and Chaeyeon decided to temporarily leave the group in December 2015 in order to try out for Produce 101, a new Mnet survival series that takes trainees from different agencies and have them compete to debut as a project group. They are expected to return after the program concludes.

On March 7, 2016, MBK Entertainment announced the addition of Chaewon to the group.

On May 10th, it was announced that DIA would be having a comeback, and that both Cathy and Chaeyeon would be promoting as part of the group, even though the latter is in the Produce 101 unit I.O.I.

On May 31th, it was announced that Seunghee has left the group after her contract with MBK expired on April 30.

On June 14, 2016, DIA released their first mini-album, HAPPY ENDING. On the same day, the music video for their title track, "Geu Gireseo", was released. 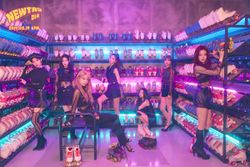