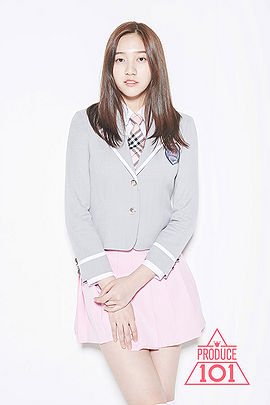 Dani (대니) is a South Korean singer and actress under MBK Entertainment. She made her acting debut in 2013 with the drama School 2013. She was temporarily a member of T-ARA N4 after Ahreum left the group in July 2013, however was later confirmed not to be joining the group.