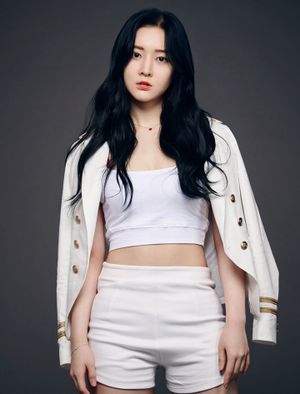 Ahreum (아름) is a South Korean singer under DWM Entertainment. She was a vocalist and rapper of the Korean pop girl group T-ara and the sub-unit T-ARA N4. She debuted with the group in 2012 with their fifth mini album Day By Day. She was already a trainee in the company prior to her debut. She left both groups in July 2013 to pursue a solo career.