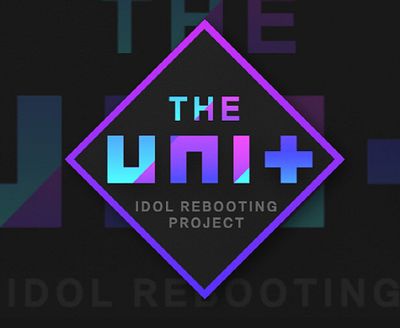 The Unit (더 유닛) is a South Korean "idol rebooting" television show on KBS. The show will take idols who have not been successful in the industry and give them another chance. Two 9-member groups, one male and one female, will be formed by the winners at the end of the show.

The first evaluations determine which applicants will become contestants on the show. Members of the audience vote while the contestants perform. With six boots in total, each boot represents 15% of the audience votes. When 90% of the audience members vote for a total of six boots, known as a "Super Boot", the whole group is able to join the show. If the applicants do not receive a super boot, the Mentors will determine whether to pass each performer or not. Each mentor can give one boot, which is all the contestant needs to join the show. The Booting Evaluations were held at the Kintex Hall 9 in Ilsan between September 29 and October 1, 2017.

For position challenge, contestants confident in each ability compete to earn the most amount of boots, dubbing them the best of their position.

During the first mission, contestants form groups of nine to make a music video. The winning team receives a production budget of ₩500,000 to become main features in the show's music video, which features the original song "My Turn". The winners of the mission for both girls and boys were the RED teams, while the ORANGE teams both came in last.

During the second mission, contestants form groups of nine by selecting one of seven chosen songs to perform. The audience votes for each member of a group. The winning team receives immunity from the first elimination, and gets to perform on the comeback stage of mentor Rain.

During the third mission, contestants divide into groups based on three positions: vocal, rap-vocal, and performance. Two teams in each category face off to win the most votes. The audience votes for each member of a group. The three members with the highest votes of each winning team receive immunity from the next elimination.

During the fourth mission, contestants form five groups of each gender, formed by the top 5 contestants of the third mission. Each group performs newly produced songs which are released as digital singles. The audience votes for each member of a group. The winning team has their song's music video directed by well-known directors Hong Won Ki and Lee Gi Taek. Additionally, every contestant in the winning team will receive a benefit of additional online votes (1st place receives 10,000 additional votes, 2nd place receives 7,000, and every other contestant on the team receives 5,000).