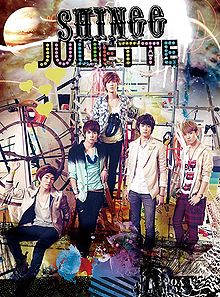 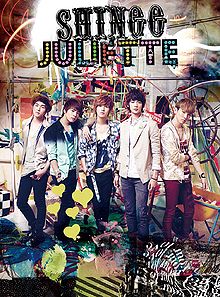 "JULIETTE" is SHINee's second Japanese single. It was released in three CD+DVD versions. The Limited Edition A was housed in a sleeve case including two bonus tracks, an MP3 "PLAYBUTTON" player (with "JULIETTE" in it), a 68 pages photobook and a random (1 of 5) trading card. The Limited Edition B was housed in a sleeve case too including two bonus tracks, a 68 pages photobook and a random trading card, but didn't include the MP3 player. The Regular Edition included a different 44 pages photobook and a postcard (for first press only). DVDs for each editions contain different tracklists.

The title track is a Japanese version of the Korean song "Juliette" (줄리엣), an instrumentally remake of Corbin Bleu's "Deal with it" from his debut album Another Side. "Juliette" was used as the lead single to promote their second Korean mini-album romeo. The song was written by SHINee's lead vocalist Jong Hyun, making his song writing debut, and it was musically described as an "urban dance number". The music video for "Juliette", which was released on May 22, 2009 featured Girls' Generation Jessica's younger sister Krystal, who later debuted in f(x). The B-Side for the single is an original Japanese song. 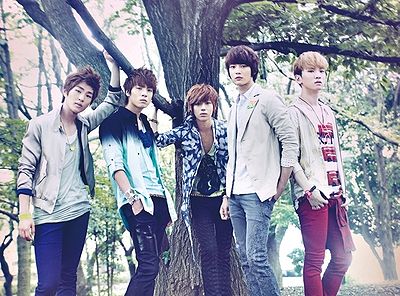