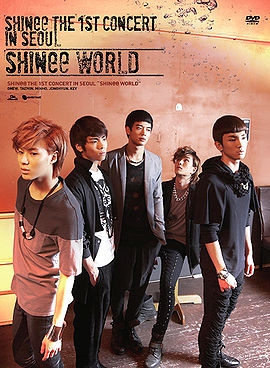 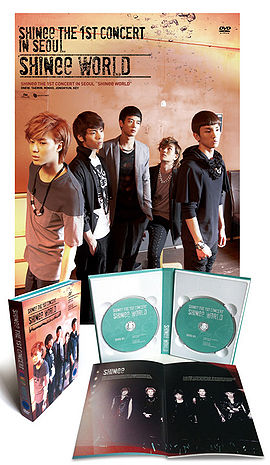 SHINee The 1st Concert in Seoul : SHINee WORLD is SHINee's first Korean live DVD. It was recorded on January 1st and 2nd, 2011 at the Olympic Park Stadium during SHINee's 1st Asia Tour "SHINee World". Months before, in January 2012, the concert was released in Japan, but the recordings were done at Tokyo's and Nagoya's concert dates, while this one was recorded in Seoul. It also includes the members' solo performances, which were missing from the first DVD, and bonus videos.

The DVDs are housed in a digipack, and come with a special colored photobook and a poster.