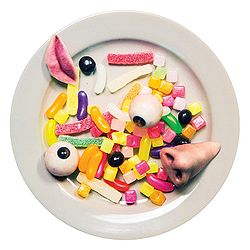 Odd is the fourth Korean album released by SHINee. The song "View" was used as the lead track. The album was released in two versions, much like the group's second album LUCIFER; version A was released on May 18th, while version B was released a week later, on May 26th. The album comes with a jewel case, containing a 20-page booklet, packaged in a slipcase along with a 80-page photobook, as well as a poster and a random member card. Both versions feature the same tracklist but come with different covers, photobooks, posters and member cards.

Three months later the album was released as a repackage titled Married To The Music, which included all 11 tracks plus 4 new ones.