"Sing Your Song" is the 12th Japanese single released by SHINee. It was released in two versions: a limited CD+DVD edition and and a regular CD Only edition. Five versions were also limitedly sold on SHINee's Japanese Fanclub "SHINee WORLD J", each of them housed in a CD sleeve and coming with a labelled disc and a cover featuring one of the members. 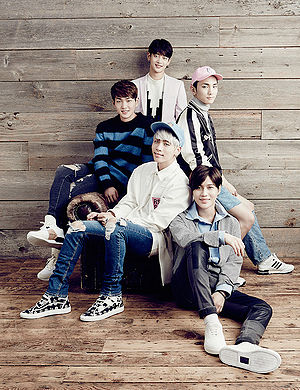