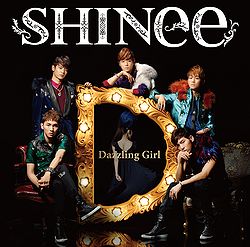 "Dazzling Girl" is SHINee's fifth Japanese single. It is also their first Japanese single with an original A-Side. It was released in three versions, a limited CD+DVD edition A packaged as a clutch bag coming with 11 exclusive photos, and a trading card (one randomly chosen between 6); a limited CD Only edition B housed in a 3-fold digipack coming with a bonus track, 6 exclusive photos, and a trading card; a regular CD Only edition coming with a trading card (first press only) and both new songs' instrumental tracks. The A-Side "Dazzling Girl" was released as a digital single a week before the single, whereas the B-Side "Run With Me" was released as a digital single on the same day.

Both A-Side and B-Side are original Japanese songs. "Bodyguard" is a Japanese cover of their Korean song of the same title included on the digital single "Anycall Bodyguard", which was sung during their first Japan tour "THE FIRST JAPAN ARENA TOUR 2012 "SHINee WORLD 2012"". 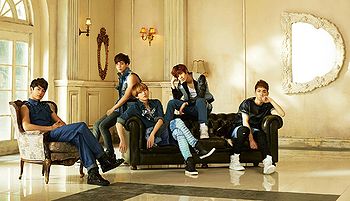