From generasia
(Redirected from Target)
Jump to: navigation, search 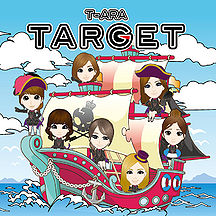 "TARGET" is the seventh Japanese single released T-ARA. This was released in three different versions: a limited CD+DVD edition and two regular CD only editions with different covers. The limited edition comes with the title song's music video. All versions come with one randomly chosen trading card as a first press bonus. They later released an app based off the music video for the song. The app allows you to play with an animated version of each member through mini-games, it also contains unlockable costumes, pictures, and songs.

The single reached #12 on the Oricon charts, and charted for 4 weeks. 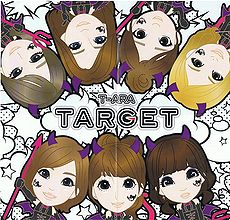 T-ARA's animated characters from the app

Lyrics
MEG. ME
Music
MEG. ME
Other Information
Arrangement: KOH