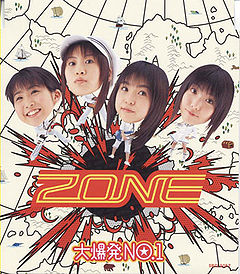 "Daibakuhatsu NO.1" is the third single released by ZONE. The single reached #33 on the Oricon charts and stayed on the charts for a total of two weeks. The single has sold a total of 12,000 copies. The single is the bands lowest ranking, and worst selling major label single.

In 2009, the song was covered by Friends in their BEST FRIENDS album.