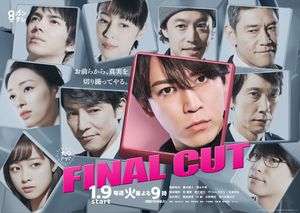 FINAL CUT (ファイナル・カット) is a Fuji TV/KTV TV dorama main-casting Kamenashi Kazuya. It aired between January 9th and March 13th, 2018. It had an average viewership rating of 6.9%.

12 years ago, Nakamura Keisuke's mother was falsely accused for the murder of one of the children at her nursery. While the police investigations began to pick up its pace at the time, one TV show covered the incident making it all seem like she's the actual murderer. Eventually, from all the pressure, his mother commits suicide. This is a story of revenge and pinning down those who had forced his mother into such a unfortunate situation. 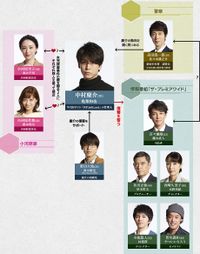 The dorama was released in a compiled box in both DVD and Blu-ray formats. It was released on August 13th, 2018.