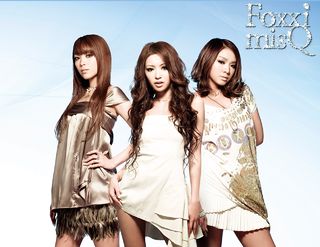 Foxxi misQ (フォクシーミスク, also known as "FQ") is a female Japanese hip-hop trio on the R&C label. They were produced by Face 2 fAKE. Their name comes from the words "Foxy" and "misc", as in "miscellaneous". In July 2010, Foxxi misQ announced on their official website that they will go on hiatus. The main reason for this decision was that each member wants to focus on their solo activities. They reunited on July 2019 to release "GOOD RULE by Foxxi misQ" as a commemoration for YU-A's solo career tenth anniversary. 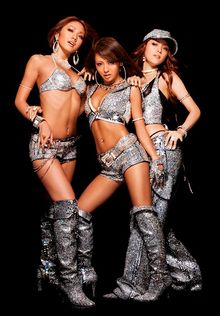 The members of Foxxi misQ were chosen from NTV's Uta Star audition, which sought to find new members for a "Wild & Sexy" vocal and dance unit. Each girl is described as a different part of the trio: CHiE is the "cool" one, YU-A goes by her own pace, and DEM is "simple" and "innocent". Foxxi misQ does not have a leader, and the positioning of the members changes for each single. Normally with three-person units, one person becomes the face of the group and the other two are merely eye candy or back-up dancers.

The group wad produced by Face 2 fAKE, who formed the group to create a "Japanese Destiny's Child". Each girl worked to become fit in the months before their debut.

They were the poster girls for Skechers Japan.

In July 2010, Foxxi misQ announced their disbandment, saying that they wanted to pursue solo projects. The members also thanked everyone for their support and their experiences being in Foxxi misQ. After the news, another member, CHiE, announced her first solo single titled "Beautiful Ladies". 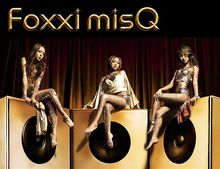