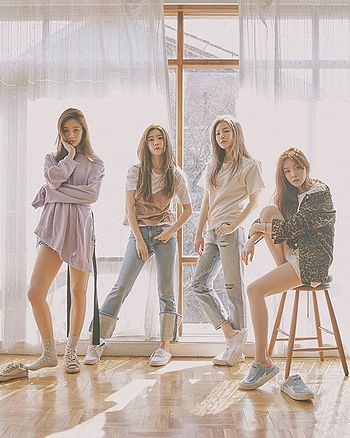 Girl's Day (걸스데이) is a 4 member Korean pop girl group who debuted in 2010 under DreamT Entertainment. In Japan, the group is signed on the indie label KISS Entertainment Inc.. 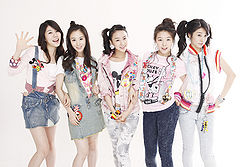 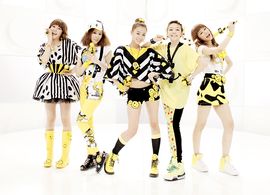 DreamT Entertainment started Girl's Day promotions before their debut with the creation of an official Cafe, YouTube channel, and Twitter accounts for the group and each member. A forum made by fans was also recognized by the company as their official international forum. The group also realized dance flash mobs before their debut on the commercial and entertainment districts of Seoul gaining much interest.

Only two months after their debut, on September 12, it was announced through the group's official Twitter that members Ji Sun and Ji In had left the group and two new members would be added to the group: "[...]Two of our precious members of Girl's Day are to be replaced. They are Ji Sun and Ji In. Ji Sun will study music more to find her own character in music, as she wanted. And Ji In is attracted in acting so she will concentrate on acting career. We will let you know our new members as soon as possible.[...]"

In December 2010, Girl's Day got their first TV-show along with boyband U-Kiss. The show, We Are Dating, was a spinoff of the hit TV-show We Are Married and paired three members of each group (Ji Hae, Min Ah and Yura plus U-Kiss Soo Hyun, Alexander and Eli) on the first season. Sadly the TV show got cancelled after just 5 episodes, even though the show did well with high ratings.

Girl's Day confirmed their comeback mini-album Everyday II through several YouTube videos, before the official announcement on April 10, 2012. The album was released on April 18, 2012.

In October 2012 it was announced that Ji Hae left the group in June due to personal reasons. The group will be promoting with only the 4 remaining members for the time being.

On October 26th they released their ninth digital single "Girl's Day Party #5" showing a more feminine and sexier side to them.

In December 2012 they announced that they will make a comeback with a full album in March 2013 still as a 4 member group.

On March 24th they released their first full album Expectation. They released a repackage of the album titled Female President in June.

They made their comeback in January 3, 2014 with their third mini-album Everyday III and they are expected to release their fourth mini-album on July 14. 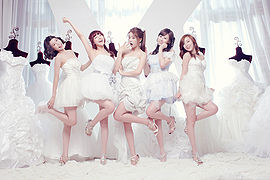 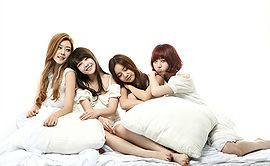 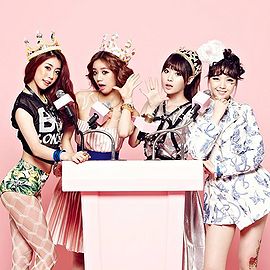 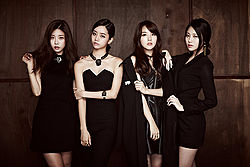 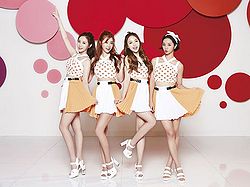