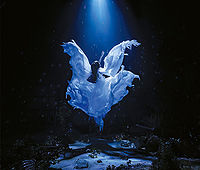 "Hakuchuumu" is a pop song recorded by Aimer. It first appeared as track #2 on Aimer's second mini-album, Dareka, Umi wo. EP. The song was used as the theme for TV Asahi's Tokyo Joukyuu Date 2.