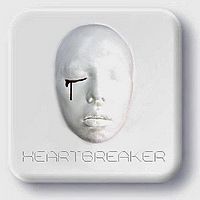 "Heartbreaker" is a song released by G-Dragon. After being accused of plagiarism by Sony Music Entertainment ("Heartbreaker" was similar to Flo Rida's "Right Round") in early March, YG Entertainment revealed that Flo Rida was going to be featured in a remix edition of "Heartbreaker" which was released on the bonus CD of G-Dragon's first live album, G-Dragon Live Concert Album SHINE A LIGHT .