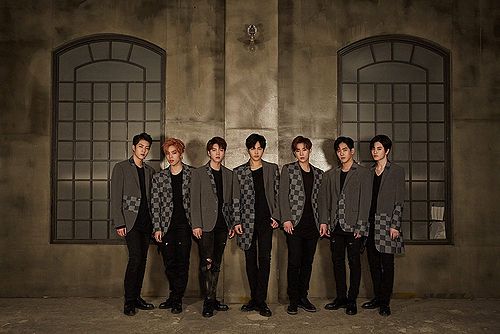 INFINITE (인피니트) is a six-member Korean group debuted in 2010 under Woollim Entertainment. In Japan, the group is signed under Universal Music Japan's sub label Virgin Music. Originally a seven-member group, Hoya left the group on August 30, 2017 as he did not re-signed with Woollim. 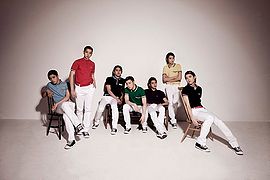 Infinite was first introduced before their debut by Epik High member Tablo's official Twitter, as the Hip-Hop group helped with the production of Infinite's debut mini-album First Invasion, and later through their own TV-show Infinite! You Are My Oppa!!.

Two months after the release of their debut mini-album, the song "She's Back" was released as a digital re-cut single including a remix of the song. In early 2011, Infinite released their second mini-album Evolution.

Only a few days after their second mini-album release, the group debuted in Japan with the release of a rental only single "TO-RA-WA". The single included their Korean debut song, "Dasi Dorawa", however, it was re-titled for the Japanese release. A second rental only single was released on February 2011, "She's Back".

One month later, on March 17, the group released their first Korean single "INSPIRIT", which included two new songs and a remix. Only one day earlier, on March 16, Infinite also released their third Japanese rental-only single "BTD (Before the Dawn)", which featured their second mini-album's, Evolution, lead track. 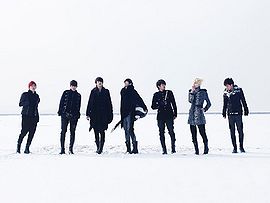 A fourth Japanese rental-only single, "Hysterie", was released on April 20. The single featured the second lead track from their second mini-album's, Evolution.

Infinite released their first full-length album Over the Top on July 21st with "Be Mine" being their lead song. The group had their first music program win on September 1st on Mnet M Countdown. They released a repackaged album titled PARADISE on September 26th along with the music video.

They made their official Japanese debut with a Japanese rendition of their hit song "BTD" on November 19. 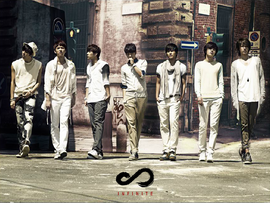 The group made their Korean comeback with their third mini-album, Infinitize and its title song, "Chugyeokja" in May 2012, achieving six consecutive #1's on various music programs. Right after promotion, they started yet another concert series titled That Summer Concert 2012 starting from August 8 to August 12. They held their first Japanese Arena tour from October to November in eight different cities.

Towards the second half the year, Infinite members started solo and sub-unit activities. Member Hoya made his acting debut in Reply 1997 drama, Woo Hyun and Sung Kyu in The Thousandth Man, and L participated in What is Mom?. In November, leader Sung Kyu debuted as a solo artist with a rock-themed mini-album titled Another Me. Hip-Hop sub-unit INFINITE H, consisting of members Dong Woo and Hoya, released their long-anticipated mini-album FLY HIGH in January 2013.

Infinite released their 4th mini album in March 2013 and came back with their title song "Man in Love." It was announced in April 2013 that Infinite will be releasing their first full-length Japanese album, Koi ni Ochiru Toki in June. On their 3rd anniversary, they announced that they will embark on their first world tour, One Great Step, stopping by over 20 cities in not only the Asian regions but Europe and the Americas as well.

The group made a comeback with their 2nd single album Destiny in July 2013. They became the first Korean idol group to release a instrumental-only album THE ORIGIN in April 2014. 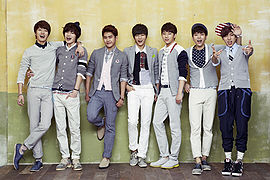 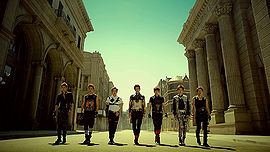 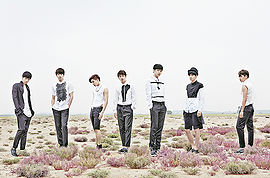 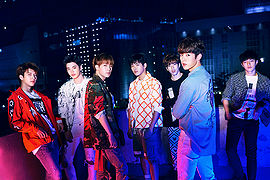 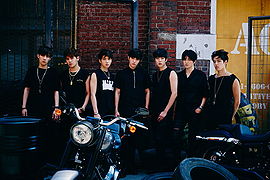