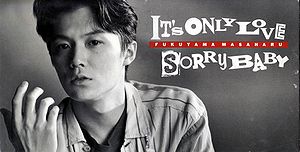 IT'S ONLY LOVE / SORRY BABY Cover

IT'S ONLY LOVE was used as the "Dydo Blend Coffee" CM song. This song was covered by Van Tomiko on her album VOICE 2 ~cover lovers rock~ in 2008.