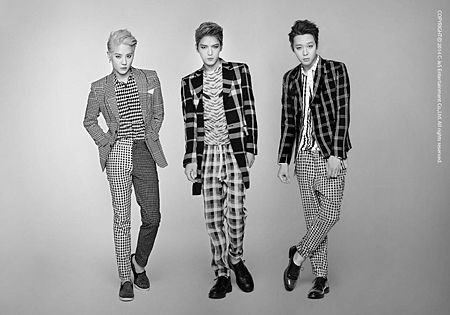 JYJ (known in Japan as JUNSU / JEJUNG / YUCHUN) is a group created in 2010 by former Tong Vfang Xien Qi members Jaejoong, Yoochun and Junsu. They debuted first in Japan under Rhythm Zone sub-label after the group disbandment. In October, 2010, one month after their Japanese debut, the group debuted internationally with the album The Beginning. In January 2011 the trio debuted officially in Korea with the release of the "Music Essay" mini-album Their Rooms under C-JeS Entertainment management agency.

After Tong Vfang Xien Qi's activities went in an indefinite hiatus, on April 14, 2010, Bigeast (Tohoshinki's official fanclub) announced the creation of a new unit with the three members. According the announcement, they signed a new contract with avex which allow them to start their activities as new group.

The first move of the group/unit was a special dome concert tour in June. The tour had four dates, two concerts at the Osaka Dome, and two more at the Tokyo Dome. On May 19, an avex representative stated the group would be holding the concert as "JYJ", but neither that or the previous "JUNSU / JEJUNG / YUCHUN" were official at that moment. On May 28, the official website of the group announced their participation in avex "a-nation 2010".

On June 4, the group stated that they were working on an English album with composer Kim Hyung Suk, although at that point they didn't reveal any further information. Producer Jae Chong, through his own personal blog, also pointed out Kanye West, Timbaland and himself as some of the people involved with this album. On September 5, Warner Music Korea announced their contract with the group for the release of the album in mid-October 2010, and the participation in the album of songwriter/producer Rodney "Darkchild" Jerkins. 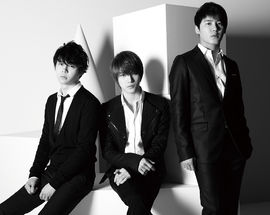 On September 8, their Japanese debut mini-album The... and a DVD featuring their dome tour were released. The mini-album contain all the new songs performed on the tour.

Later in September, the group debuted in Korea participating on the album Sungkyunkwan Scandal OST. The group sung the main theme of the dorama, which was also starred by YUCHUN, although not as JYJ, but credited as individuals. Jaejoong and Junsu, also participated with one more song each one.

Although usually dorama's soundtracks were released even prior to the series broadcast (the dorama aired first on August 30, 2010), the album encountered difficulties for it's distribution. On September 13, a representative of the dorama distribution company, Raemong Raein, stated: "We contacted various companies with regards to the online distribution of the O.S.T, which the three members of Dong Bang Shin Ki participated in, but we have hit a roadblock and are unable to progress. [...] We believe this may be the work of a certain company using unfair corporate practices so we are planning to report the case to the Fair Trade Committee for further investigations".

Only a few hours after the release of the Sungkyunkwan Scandal OST, avex announced that JUNSU/JEJUNG/YUCHUN's Japanese activities were suspended until further notice. This, according to avex, was caused after a representative from the trio's Korean management agency, C-JeS Entertainment, was found guilty of, and sentenced to prison on charges of coercion. avex said that it was learned that the legal representative of the company had been taking advantage of his father's previous status as a head of a criminal organization to threaten and coerce the artists under its label.

At the same time, the trio's lawsuit against SM Entertainment over the exclusivity of their contract is still in progress, and there is a possibility that their contract with avex may be voided as a result of developments in the lawsuit. Hence, until a clear resolution is found, avex will not resume the trio's activities (management) in Japan.

However, avex also stated that there wasn't going to be changes for their already planned schedules/releases, making possible the release of their first Japanese album. avex also stated that this decision would not affect to their exclusive contract with the five members of Tohoshinki, as this one was made with SM Entertainment.

Just a day later, during an interview with the trio's legal spokesman, lawyer Lim Sang Hyuk stated: "avex requested changes in the contract that the members found difficult to agree to in clauses regarding topics such as income distribution. [...] At first, it was agreed that all activities performed by the three members would be scheduled and discussed by both sides, but avex began asking for this to be changed so that the company would have sole control of scheduling; avex also requested additional changes that the trio felt were logically unacceptable." Additionally, he also stated: "The essence of the current controversy is that an agency offered unfair conditions, contrary to what had been included in the previous contract, to their artistes. When these artistes refused to comply, the agency halted all activities, disregarding the members’ wishes. [...] It is disheartening to see that avex is using the head of C-JeS, who is not affiliated with any gangs whatsoever, as a scapegoat to distract the media and public from the real problem".

On the same day, JYJ declared through an official statement: "Though we actively participated in discussions with avex in order to come to an agreement, it is regrettable that an announcement to halt our activities in Japan had to be made. Due to this situation, we can't shake the feeling that avex used the three of us as money making tools rather than treating us like artistes. [...] We feel frustrated that we cannot promise our Japanese fans another meeting in the near future". 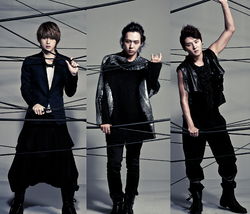 On September 28, 2010 it was announced the release of the trio's international debut album, The Beginning, on October 12th (which date was later pushed back a few days). The English album was produced by American singer/producers Kanye West and Rodney Jerkins. The lead track of the album "Ayyy Girl" counts, not only with by Kanye West's production, but also with his vocals and Malik Yusef participation. Each group member also composed one song for the album.

The trio held the "JYJ Worldwide Concert Tour" on eleven cities around Asia and USA from October 15th to November 27th for the promotion of the album, these being: Bangkok, Singapore, Kuala Lumpur, Hong Kong, Taipei, Shanghai, Hawaii, New York, Las Vegas, Los Angeles and Seoul. Three days before the tour started they held their first showcase in Seoul on October 12th. 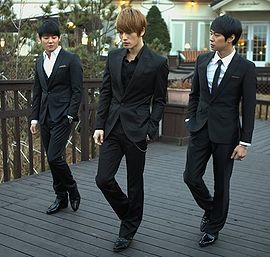 On December 31, 2010, the trio managed to perform on a Korean broadcast stage for the first time since their debut. It was on the "2010 KBS Drama Awards" and with the song "Chajatda", which was used as main theme song for Yoochun's drama Sungkyunkwan Scandal.

On January 24, 2011, the trio released the Korean mini-album Their Rooms. This mini-album was released as a "Music Essay" and included a CD with six self-composed new tracks, plus a special packaging including a 150page diary along JYJ photos and essays.

Six months after avex suspended JYJ's activities in Japan, the company announced the release in March 2011 of a live album, THANKSGIVING LIVE IN DOME LIVE CD, and a DVD, Memories in 2010. Due the contract suspension neither of both would be promoted by the trio and, additionally, avex requested Oricon to exclude both releases from their sales charts. Oricon explained that avex released both the album and the DVD not for the group's promotion but for "revitalization of the market".

On February 17, 2011, it was announced that the Seoul Central District Court dismmised both lawsuits filed by SM Entertainment against JYJ, making SM Entertainment exclusive contract with the trio invalid, and their individual activities legal. This resolution would make possible for the trio to actively promote their releases in Korea and Japan. A week later, in February 24, the Court stated that if in case SM Entertainment would interfere with JYJ's activities, they will be obliged to pay ₩20,000,000 ($18,000) per each violation.

The group released their first full-length Korean album titled In Heaven on September 23rd, the digital copy on the 15th. The teaser for the song featuring Junsu and actress Song Ji Hyo was released on September 5th. The song GET OUT, composed by Jaejoong and Yoochun, was released digitally on September 7th. 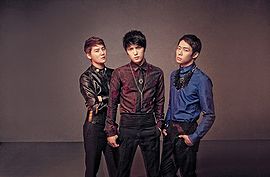 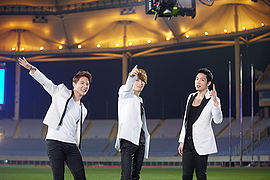