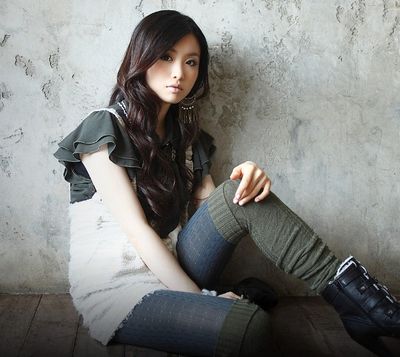 JYONGRI is a Japanese singer-songwriter of Korean ancestry. She debuted in December 2006 with the single "Possession / My All For You" which broke the Oricon top 20 singles. She released her debut album, Close To Fantasy, in March. One of her signatures as a musician is to have a forward tilting keyboard in her performances. This makes it easier for her to dance and stand while playing the keyboard. 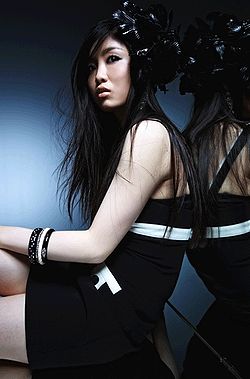 JYONGRI comes from a multi-cultural background. Brought up in Osaka, she attended Osaka Senri International School (the same school that CORE OF SOUL vocalist Nakamura Fukiko attended) from when she was four until she was 18, hence becoming fluent in both English and Japanese. Where music was concerned, she started taking classical piano lessons at four years of age. Later she took up the violin (at age 10) and the guitar (at age 16) as well.

After seeing the Whoopi Goldberg films Sister Act and its sequel Sister Act 2: Back in the Habit when she was eight years old, JYONGRI developed an interest in gospel. It wasn't until Jyongri was 11 when she decided to become a singer; she started writing her own lyrics at this age.

In the summer of 2005, JYONGRI traveled to Boston to attend the prestigious Berklee College of Music for a five-week summer performance program. During this period JYONGRI started to write her own music. JYONGRI started working on her musical activities in June 2006 after graduating from Osaka Senri International School. In September a music video for a ballad titled Wherever started airing on music video channels, despite the fact that JYONGRI had not debuted yet. In October, JYONGRI enrolled in the famed Waseda University.

Two months after the enrollment, JYONGRI released her debut single, "Possession / My All For You". "Possession" is an upbeat dance track while "My All For You" is a ballad. The single itself featured nine tracks, including instrumentals, remixes and a cappella tracks. The single debuted at #16 on Oricon charts and so far has sold over 20,000 copies.

A second single was quickly announced with the mid-tempo "Hop, Step, Jump!" for February, and a debut album Close To Fantasy following it exactly a month after. "Hop, Step, Jump!" however, was not as successful as her debut, only ranking at #32 on the charts.