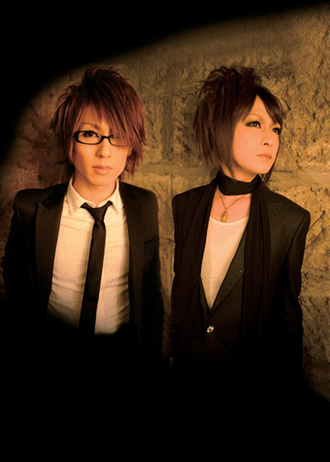 Jinkaku Radio (人格ラヂオ) is a Japanese angura kei duo formed in January 2001. The first line-up consisted of vocalist Yuuki, bassist Naoki and guitarist Maya. In 2001, Maya left the band, but he remained the support member till 2003. Members who support Jinkaku Radio during their live shows are called Han Radio (半ラヂオ; Half Radio).