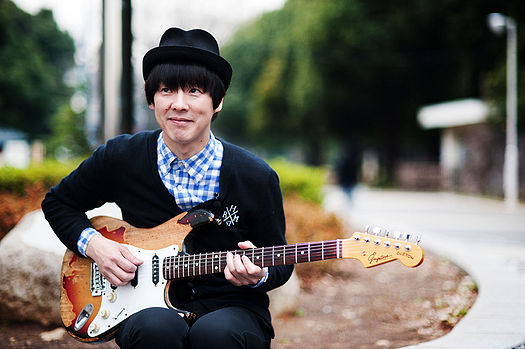 Kaji Hideki (カジヒデキ) is a Japanese pop-rock singer-songwriter. Kaji got his start working as a studio musician with él Records. He made his musical debut in 1996 with the Shibuya-Kei influenced MUSCAT E.P. under Trattoria Records. He soon returned in 1997 with his first single and followed up with the best selling LP MINI SKIRT. Kaji stayed quite busy the following year releasing a successful string of six singles, an EP, and a LP (1997-1998). After the release of 2002's A LONG WEEK-END Trattoria ended it's run and Kaji moved onto indie labels primary working under felicity (occasionally under Siesta).