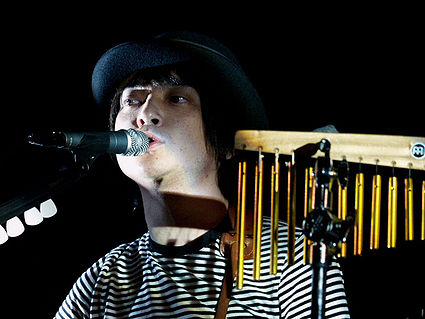 Oyamada Keigo (小山田圭吾) is a World renowned Japanese rock musician and producer. He first got his start in the late '80s are part of the Shibuya-Kei band FLIPPER'S GUITAR. After the band broke up in the early 1990s, Oyamada started up his own Shibuya-Kei centered record label Trattoria. After this Oyamada started working actively as a producer and studio musician for many of the artists on his label.

In 1993 Oyamada started recording solo material as CORNELIUS (which was taken from the film Planet of the Apes) and debuted with the genre defining "THE SUN IS MY ENEMY" in September.[1] To this day he still records as Cornelius and is music is acclaimed world round. Rolling Stone Japan ranked FANTASMA as #10 of the 100 Greatest Japanese Rock Albums.[2]