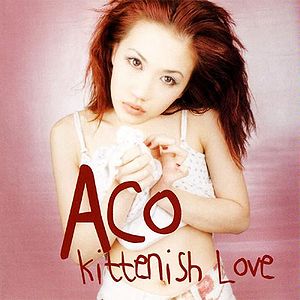 Kittenish Love is the debut studio album released by ACO. The new songs on the album were recorded in New York. The song "Kittenish Love" was used as a radio promo song for the album and received its own music video. The album reached #85 on Oricon charts and charted for three weeks.