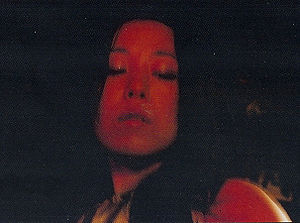 Koyama Nao (小山ナオ) is a Japanese rock musician and manga-ka. She made her debut in 1994 as the bassist for the rock band Seagull Screaming Kiss Her Kiss Her. During her time with the band she also took on being an assistant to famous josei manga-ka Anno Moyoco. She later became a manga artist on her own under the pen name Naomi Lemon (ナオミ・レモン).

In 1994 Koyama Nao started her career as a muscian. She was introduced to Higurashi Aiha, who soon invited her to join her band, Seagull Screaming Kiss Her Kiss Her. She became with bassist for the band, and Karashima Takaharu joined the band around the same time as the group's drummer. Higurashi took creative control over the band, writting all the lyrics and music. On the band's first studio album, Give Them Back to Me, Koyama contributed the song, "You And Me, Now".

In 1995, Koyama started her career as an illustrator. She later became an instant for the josei manga-ka Anno Moyoco. She then begain working as a manga-ka, using the pen name Naomi Lemon.

During the late 1990s, their was a lot of tension in the band between Koyama and Karashima. Eventually Higurashi fired Karashima from the band in 1999, and the girls continued on as a duo for two more studio albums. In 2002, the band split and Koyama begain working more as a manga-ka.

Koyama currently heads a band along with her husband called IN CORRIDORS.