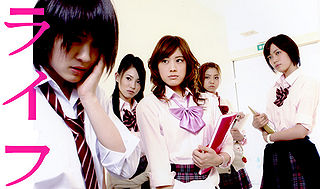 LIFE (ライフ) is a Japanese drama mini-series directed by Tanimura Masaki, with the screenplay written by Nedu Rika, based off the manga of the same name. It was broadcast on the Fuji TV network from June 30, 2007 to September 15, 2007 and spanned for a total of 11 episodes. LIFE aired on Saturday nights at 11:00 PM and held an average view rating of 12.2%. The theme song to the drama is "LIFE" by Nakashima Mika.

Adapted from Keiko Suenobu's manga LIFE, this drama delves into the dark side of high school life. The story focuses mainly on bullying, but the manga also touches on subjects such as self-mutilation, suicide, and rape. Kitano Kii stars as Ayumu Shiiba, one of the students bullied by a group of classmates led by Ayumu's former friend, Manami Anzai.[1] 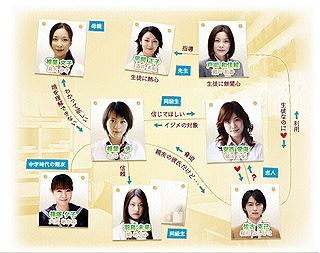