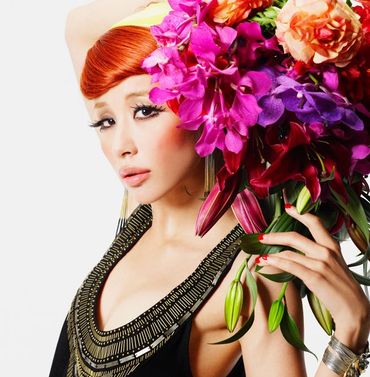 MUNEHIRO (むねひろ) is a Japanese dancehall/reggae singer and a former actress. She made her acting debut in 1994 as Suzuki Sarina and in 1997 made her singing debut under Toshiba EMI. In 2005, she debuted as MUNEHIRO, a reggae singer who is currently signed to Universal Music Japan.

Munehiro Kanako was born in 1977, in Osaka. In 1992 as she participated in a national beauty contest where she won a prize, and with that she was able to debut in the showbiz world in 1995. Instead of using her own name, she used the pseudonym Suzuki Sarina.

She became a successful actress, appearing in various TV programs, movies, commercials, and so on. However, she was always interested in music. In her childhood she had played the saxophone and electric organ, and now she started to focus on singing.

In 1997, she released her first single under the Toshiba EMI label. Unlike the music she is making now, it had a pop/rock sound. She released a total of seven singles and three albums, but her music career seemingly came to an end in 2000, and she went back her acting career.

During 2004 she reappeared in the music scene, though not many people seemed to notice that this young singer named Kanako on the independent label Nobrand was actually the same as the actress Suzuki Sarina. Unlike the kind of music she was previously making, she collaborated with the female hip-hop artist BRIER, taking her first step into the urban scene. After her appearance on one of BRIER's albums, she changed her name again as she released her first album in 2005. Using her last name, MUNEHIRO, she proclaimed her love for reggae and dancehall music with the album DRAMA -11 STORIES- which was almost entirely self-produced.

The album didn't get noticed very much. However, the album received good reviews from critics, and she managed to get quite a bit of recognition amongst fans of Japanese reggae. 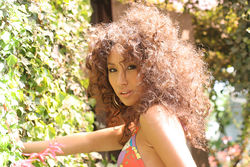 MUNEHIRO promoting Up and Coming (2006)

She got her breakthrough with the release of the album Up and Coming in 2006, receiving more and more recognition in the dancehall/reggae scene but also outside of the scene.

She went major with the release of her third album Limited in August 2007, signing with Far Eastern Tribe Records, a sub-label of Universal Music Japan. At the end of 2007, she released the romantic single "LUV" and the single "again" followed in May 2008.

In August, MUNEHIRO released "Hinomaru Power ~Kimi no Chikara~", which was promoted on the well known TV show HEY!HEY!HEY!. She has finally gained more recognition from Japan's masses. She later got married to reggae artist TELA-C, of the reggae group INFINITY16, after five years of dating.

On February 23rd, 2010, MUNEHIRO gave birth to a baby boy. She will release her seventh album, JAM, and the cover features MUNEHIRO pregnant in a revealing outfit. 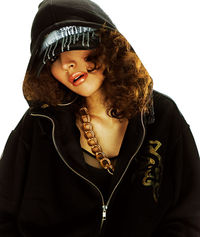 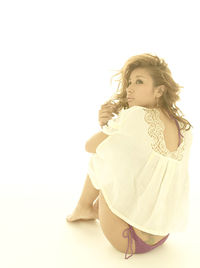 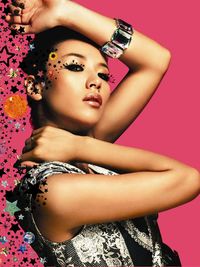 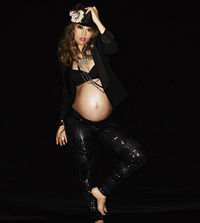