Nakano Fujo Sisters (中野風女シスターズ) is a Japanese pop girl group under Teichiku Entertainment Inc. created in 2006. They were known as Nakano Fujoshi Sisters (中野腐女子シスターズ) until 2010 when they changed it to the actual. In 2011 with the graduation of the member Yokyuun, they changed the official spelling of their name from 中野腐女シスターズ to 中野風女シスターズ in order to avoid the character 腐 (rotten). In November 2011, the group announced that they would go on hiatus until further notice.

The group is inspired by the otaku theme and in particular, a celebration of fujoshi culture, hence the Nakano in their name which is an area frequented by female otaku. All the members of the group claim to be an otaku of a particular sort. Nakano Fujo Sisters has a male alter-ego group called Fudanjuku. 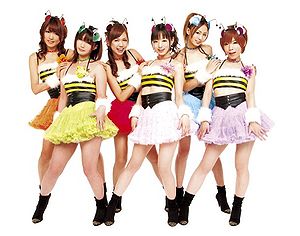