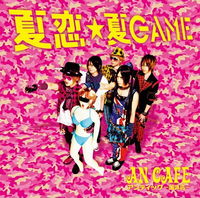 "Natsu Koi★Natsu Game" is the 17th single released by Antic Cafe, and is their last single released before starting their hiatus in January of 2010. This was released in three different versions: two CD+DVD editions (Types A & B) and a CD only edition (Type C). Type A comes with a DVD of the title song's PV, while Type B comes with a DVD of a live performance of "Kawayu's ЯocК" taken from their 5th year anniversary special live on May 17th, 2009 at Tokyo BIG SIGHT. The clip would later be included on their 11th DVD Finale of NYAPPY ~Kawayu's ЯocК de Go Gogo!!~. The single reached #1 on the Oricon indies weekly charts, and #13 on the overall charts where it charted for four weeks. 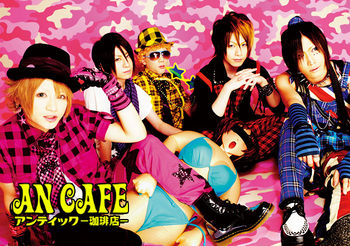