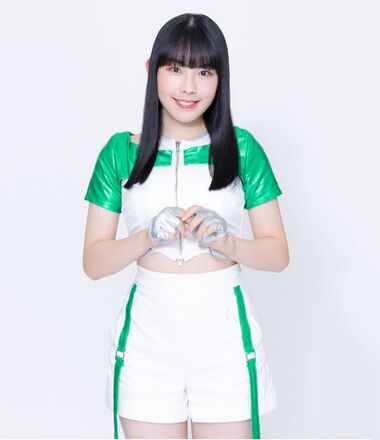 Nishizaki Miku (西﨑美空) is a Japanese pop singer and idol managed by Up-Front Promotion and part of Hello! Project. She is a member of OCHA NORMA.

Nishizaki Miku became a finalist in the Morning Musume '19 LOVE Audition in early 2019, but did not pass to join the group. She was revealed to be one of nine new Hello Pro Kenshuusei members, and one new Hello Pro Kenshuusei Hokkaido member, in an official website announcement on August 2, 2019. They made their first live appearance and were officially introduced at the "Hello! Project Kenshuusei Happyoukai 2019 9gatsu ~Kira~" on September 8.

On July 5, 2021, during a broadcast of the show Harodori, Nishizaki was revealed to be one of four additional Hello Pro Kenshuusei joining the new upcoming Hello! Project group, alongside Nakayama Natsume, Hiromoto Ruli, and Kitahara Momo. The final 10 member lineup and name of the new group, OCHA NORMA, was revealed on December 12, 2021. Activities would begin with the Hello! Project 2022 Winter ~LOVE & PEACE~ concert tour starting January 2, 2022.