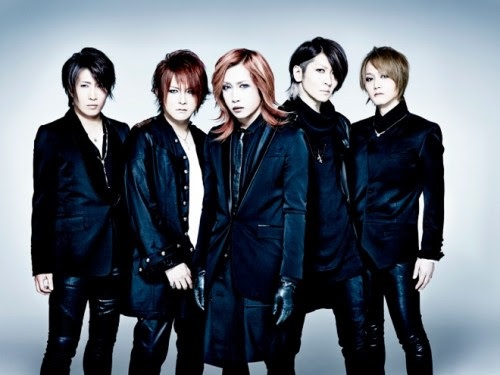 Formed in 1994 in Nagano, Pierrot enjoyed a successful indie career before debuting withToshiba EMI in 1998. In 2000, Pierrot left Toshiba EMI and signed up with their current label, Universal Music Japan. Pierrot initially had a different line up in their indie days with KOHTA (Bass), Kirito (Guitar), Luka (Drums), Jun (Guitar) and Hidelow (Vocals). However, shortly after recording Kikurui Piero, the band's first indie album, Luka left and TAKEO (ex-Superstar) replaced him on drums. A couple of months afterwards, an ultimatum from band leader Kirito, who had a different vision of the band than Hidelow, delivered along the lines of "Either Hidelow goes or I do" saw the departure of Hidelow. Aiji (ex-Kalen) was also recruited around that time and Kirito took over Hidelow's position as vocalist.

Pierrot was considered visual-kei in their early days, though they had since became much more mainstream in look and sound. Pierrot is well known for Kirito's thought provoking lyrics as well as twisted sound. Some of their songs have had tie-ins with commercials or animes - the most popular tie-ins being "Haruka", which was used as the ED theme for the anime Kamikaze Kaito Jeanne and Barairo no Sekai, which was used as the second OP theme for the anime GetBackers. Some of the band has dabbled in solo work with Kirito releasing his first solo single, Door, in June 2005 and TAKEO, in a music unit called G-Brain, contributing a remix to the GHOST IN THE SHELL STAND ALONE COMPLEX -Prototype Sound Package CD soundtrack.

Pierrot officially disbanded in April of 2006 with a message from Kirito stating that he felt it was his fault that the band could not continue, and that he had not been a strong enough leader. Their last single was HELLO, which was released after the band's break up on June 21st, 2006.

After the break up, Kirito is still pursuing his solo and has just formed a new band with KOHTA and TAKEO called Angelo. Their first single, appropriately titled REBORN, will be released on November 8th 2006. Aiji and Jun are pursuing their own project, as well. Aiji is in a mysterious new band called LM.C (Lovely Mocochang) which released their first single Trailers on July 15th, while Jun formed a new band with Koji (ex-La'cryma Christi) and a vocalist Shouta named ALvino. These two bands also will touring together.